In June of 2022 Tazzarin sailed from Manchester, MA bound to the north. The initial plan was to depart Manchester, bound for St. John’s, Newfoundland. From there Tazzarin would work her way up the northeast coast of Newfoundland to St. Anthony at the island’s northern tip. From there the voyage would continue across the Strait of Belle Isle to the southern coast of Labrador, then sail once again further north, hoping to reach a farthest north above 55 degrees latitude in the Inuit lands of Nunatsiavut. From there Tazzarin would head home with arrival back in New England by early September.

However, upon arrival in St. John’s in southeastern Newfoundland, Tazzarin had serious engine problems. The diesel engine would require a complete rebuild which, with delays in sourcing parts, caused a five-week stay in the St. John’s area. Eventually, in August and early September Bill and crew would cruise north from St. John’s as far as Fogo Island on the edge of Notre Dame Bay. The quest to sail farther north was postponed, Tazzarin was hauled and stored in St. John’s for the winter. In the summer of 2023 Bill and crew will return to complete the original plan.

The two-year expedition plans to visit Halifax, NS; St. John’s, Nfld; St. Anthony, Nfld; Red Bay, Lab and Makkovik and Hopedale in the Inuit lands of Nunatsiavut. Along the way our interests and investigations will include offshore sailing, remote fishing outports, the site of a 1500s Basque whaling station, 20th century abandon shore whaling stations, Inuit settlements, fiords and icebergs. Along the way we will cross paths with whales, seals, dolphins, puffins, gannets and numerous other birds. Along the way we will seek out the places and essence captured 19th and 20th-century artists Frederic Church, William Bradford and Rockwell Kent as they brought these distant lands back to the world through their art.

The planned route north and back will be in excess of 3,000 miles of sailing. If you are interested in receiving daily expedition log reports during the summer sailing, sign up for the emails using the link to the right. 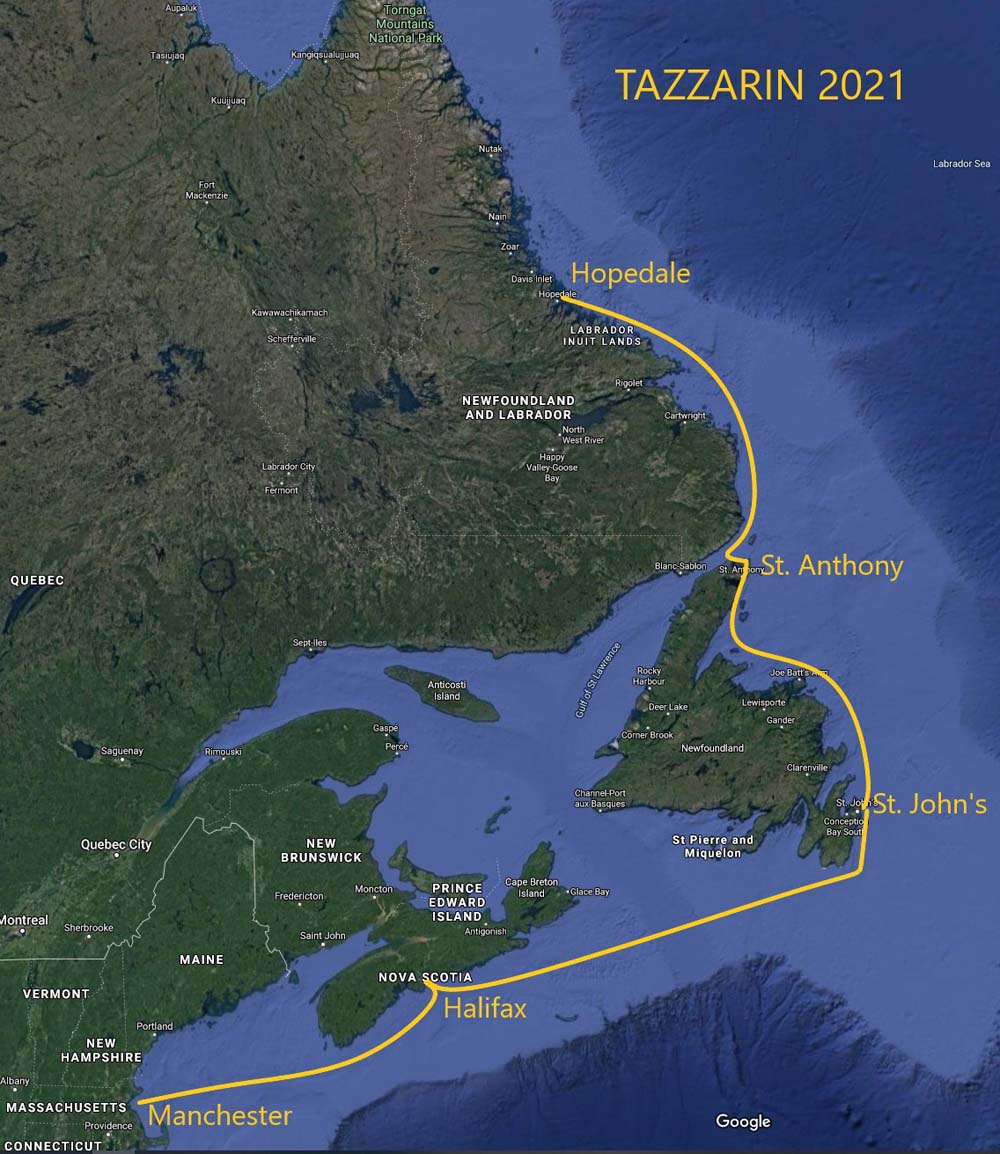